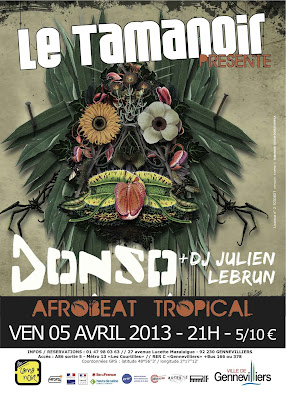 The future of African Beat orchestrated by Krazy Baldhead

Order it on ITUNES

Second album ‘Denfila’ is out today on Comet Records.


Donso are a French/Malian band of five, who skilfully bring together traditional Malian music and electronica rock to create a new music. And pull it off. 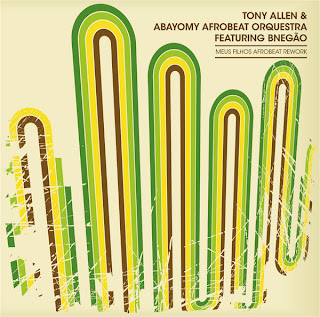 Last May 2012, Tony Allen and his band was touring in Brazil. After their concert
in Rio at Circo Voador, Tony Allen, his musicians and the Abayomy crew ended
up in a studio in Santa Teresa for a stellar recording session. After two hours of
music jam, they recorded live the famous Jorge Ben Jorʼs song Meus Filhos to
celebrate the meeting between Africa and Brazil.
“I felt like I was a tree replanted and able to flourish” – Gilberto Gil after
meeting Fela Kuti in Lagos, Nigeria
Afrobeat rhythms have been a percolating influence in Brazilian music for
decades, The last few years have found afrobeat becoming an integral
component in the sound of a new generation of Brazilian musicians, working its
way into the grooves of hip-hop artists Curumin and Criolo and afrobeat
orchestras like Abayomy, Saravah Soul and Bixiga 70. Perhaps this shouldnʼt
comes as a surprise, as the roots of the current Afrobeat movement were planted
in Brazil long ago. Brazil is home to the largest population of African diaspora in
the world and the musical traditions of Brazilʼs African descendants have been
surprisingly well preserved through the rituals of the Afro-Brazilian religion
Publié par Unknown à 02:48 Aucun commentaire: 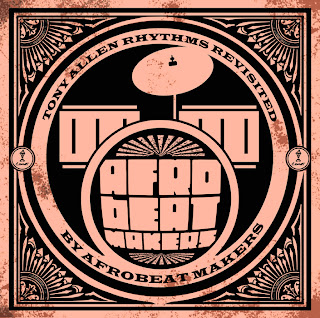 The original Afrobeat Patterns recorded by the Master Drummer Tony Allen. Revisited and
produced by the Afrobeat Makers with 12 exclusive Afro break beats. Afrobeat Makers crew
– Miguel Toro, Gyver Hypman, and Augusto – said: “To us  working in a project with Tony
Allen is a big responsibility and a great honor".

Miguel Toro Berlin based music producer is a drummer from Venezuela, Augusto african
drummer and music Producer in Paris Vintage studio Quadrature, Gyver  Hypman the french
pattern master. African influenced music is everywhere, and from an early ages Felas music
was there to be absorbed. "Zombie" and "Kalakuta Show" were the songs to practice to if
you wanted to build THE touch as a drummer. Afrobeat has been influencing Hip Hop since
its beginnings. Not just the grooves, but also the political and social struggles of Felas life
and the African people, are the same struggles of Hip Hop. Afrobeat and Hip Hop share a
common ground and Hip Hop will always be influenced by the endless grooves of African
music, as should all musical forms that are intended to move your soul and feet.

Tony Allen has spread Afrobeat to the corners of  the globe a perfect synthesis of tradition
and sophistication – his various collaborations with great artists from all genres and styles
are a truly proof of his openness. “Music is my mission” says Allen, “I never get satisfied and
I’m still learning from others. The musical world is very spiritual, and I don’t think there’s an
end to it. As musicians, it’s our mission to keep going.” Tony Allen has long been
acknowledged as Africa’s finest kit drummer and one of the continent’s most influential
musicians. His playing draws on four different styles: Highlife, Soul/Funk, Jazz and traditional
Nigerian drumming; A unique and mighty sound. Together with Fela Kuti (with whom he
played for 15 years) Allen co-created Afrobeat - the hard driving, horns rich, funk-infused,
politically insurrectionary style which became such a dominant force in African music and
such an influence worldwide.
The Pusher Distribution / pusherdistribution@gmail.com
www.favoriterec.com/pusherdistribution
Publié par Unknown à 14:56 Aucun commentaire: 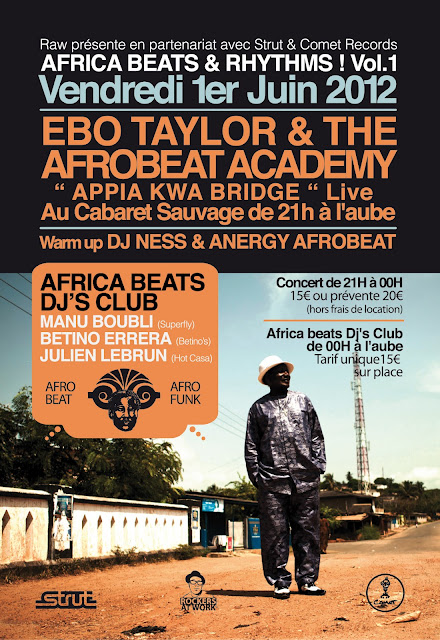 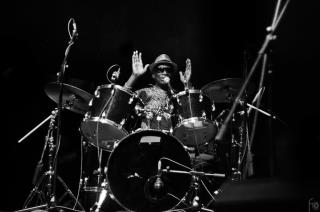 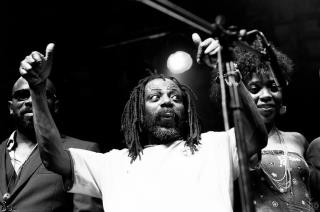 Doctor L We Got Lost album